Walk to Hospital Performance from Ruth White on Vimeo.

A performance work about the experience of mental illness.

On a chilly day in April, I walked to the Royal Liverpool University Hospital, dressed in only a hospital nightgown, and proceeded to walk round and round in the revolving doors until I was stopped by security.
​Suit For My Father

A suit bought in a charity shop and covered in hospital gown material.

The suit is a work about my father's mental breakdown and about mental illness in general. When I was eleven my grandfather died and my dad moved in with his mother to give her support. My mother and father had been growing apart for many years and it was at this unfortunate time that my mum decided to ask my dad to move permanently out of the family home. The sudden loss of his father and his two children (my sister and I) through divorce, led not only to him having the first of two mental breakdowns but also to my own depression as a teenager.
​Untitled: Medical Screen with hand sewn panels

This is a work made in response to a residency I did at the Royal Liverpool Infirmary in 2010, an old nurses training hospital that was closed to the public in 1978. The most notable thing about the old round ward of the hospital is the curtain rails that demarcate each of the spaces where patients beds would once have been. The rails immediately made me think about hospital curtains and the shame and embarrassment caused by the things that happen behind them - although the patient is protected from the gaze of fellow patients they are subjected to the gaze of medical staff and in the process objectified.

In essence, the work can said to be about drawing attention to the self conscious emotions: guilt, shame and embarrassment.

This is a particularly important work for me as it led to the realisation that I was interested in the self conscious emotions because they were emotions I had experienced growing up and the reason I had experienced them in particular ways was due to my class position.

The two extracts sewn into the panels of the medical screen are taken directly from Jocalyn Lawler's book, 'Behind The Screens – Nursing, Somology, and the Problem of the Body' (1991).

Lawler  was a nurse before becoming a sociologist and coined the term: ‘Somology’ to describe how nurses “deal with the bodies of other people in a way that is integrative of object and subject.”(Lawler 1991: 5) Body care is the most basic aspect of nursing and is regarded by nurses as important for patient recovery, yet at the same time is also considered as ‘dirty work’:
﻿
Extract taken from an early instructional manual for nurses on the first panel:

Method – Remove the top bedclothes, leaving the patient covered with the old blanket. Remove the clothes, folding them neatly and placing them on a chair at the side of the bed, ready to deal with them as soon as the sponge is finished

Do not unduly expose the patient while sponging. Watch carefully for any abnormality, bruising, burns, redness, rash, discharges, et cetera, and report the matter to sister.

Wash and dry face and ears first, then each hand and arm, paying particular attention to each axilla (armpit). Using second face washer, sponge chest. When dealing with stout women, be particularly watchful for any sore areas under the breasts. Then wash abdomen. Be sure the umbilicus (navel) is quite clean.

Change water. Sponge each leg. Wash and dry well between the toes. Cut the toe nails. Gently turn, wash back and buttocks. Put on one half of the bedgown, roll under blanket towards the centre of the bed. Turn patient on to the other side of the bed, remove under blanket, and finish putting on the bedgown. Wash in the region of the groin. This is to be fone under cover of a towel, so that the patient need not be embarrased. Discriminate between prudery and refinement. Remember that as a nurse you are responsible for the scrupulous cleanliness of the patient.

Replace upper bedclothes over the patient, removing the second old blanket. Pleats are made in the sheet and blankets at the foot of the bed, and the quilt (without pleats) is replaced. Manicure finger nails. Place towel over pillow, comb and fine comb hair (tact is very necessary in regard to this), report condition of the hair in the Head Book.

See that the patienr is warm and comfortable. Clear everything away from the bedside, seeing that the locker is within reach, and the chair is in line with the top of the bed. Move the screen last of all.

Extract taken from an interview with a nurse describing her first experience of giving a bed bath on the second panel:

﻿'I can remember we went to the ward, and . . . I can remember lining up with all the bits and pieces, the bowl and stuff and thinking to myself ‘I haven’t got a bloody clue what I'm doing here’. We’d done it on models and dummies and that in the school but never actually done it on a person and I looked at the man I was about to sponge. I can remember him, he was a big man, fat man, and he’d had a cholecystectomy. He had and I.G. tube and he had a drain in and a drip and I thought ‘where will I start with all this – how will I get the pyjamas off?’ – that sort of stuff. I was slow. I know it took me 55 minutes . . . and even then I forgot to do things like clean his teeth and do all that sort of thing. I was so intent on getting him washed. It was awful. . . . I knew to wash him, and I knew what I had to do as far as washing and drying and all that sort of thing, but not having any idea of the organisation – and being slow. And it was hard because he knew that we were new.'﻿ 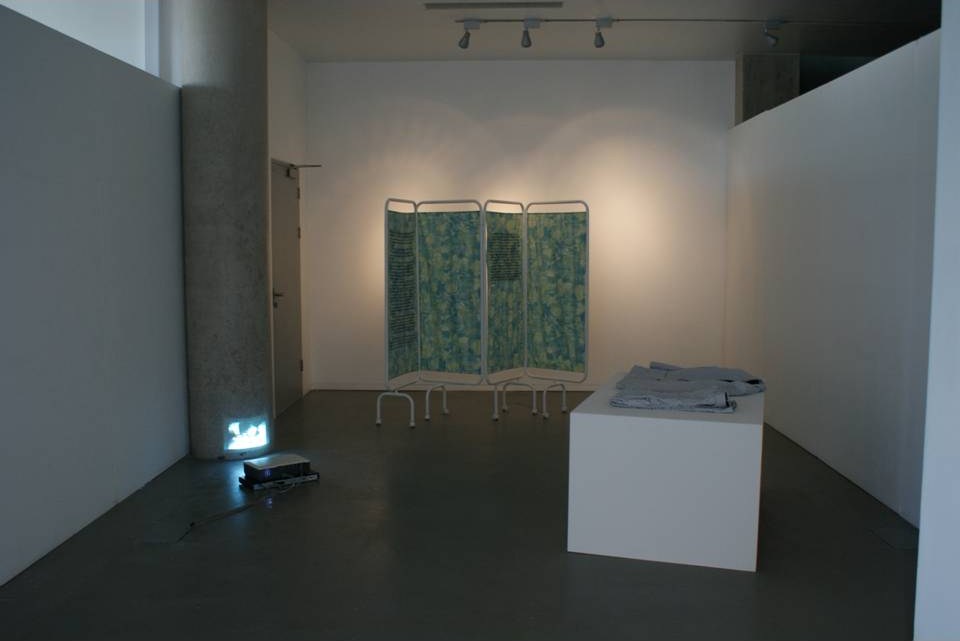